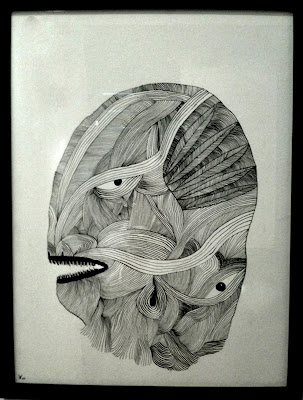 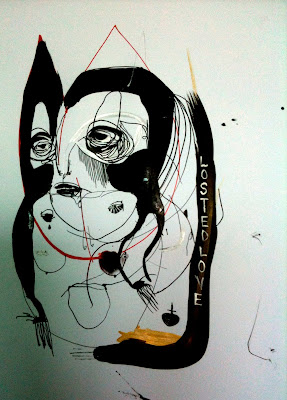 My big Monsta on Guizados Concert!! 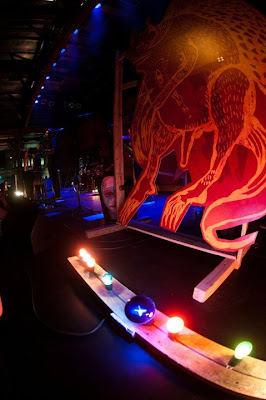 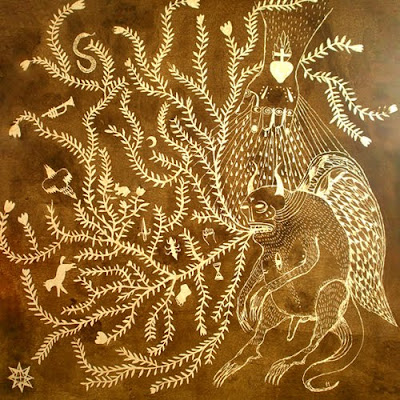 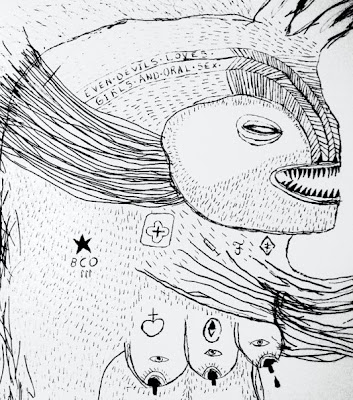 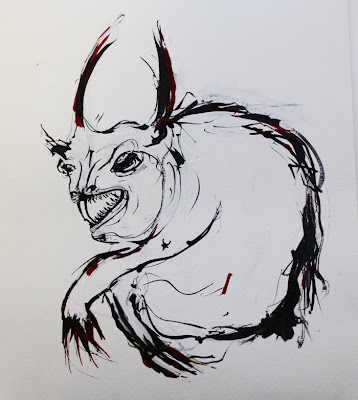 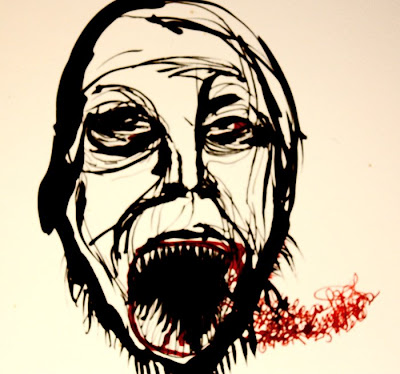 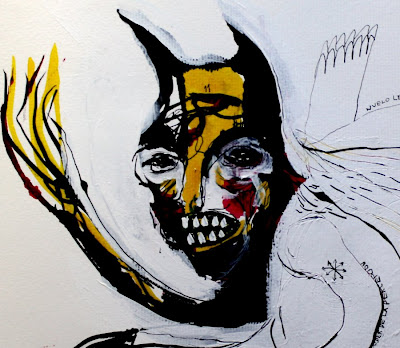 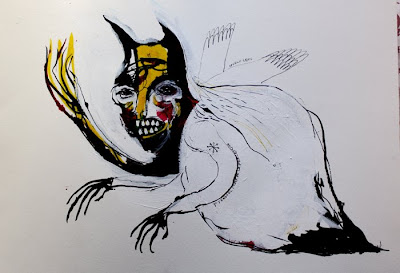 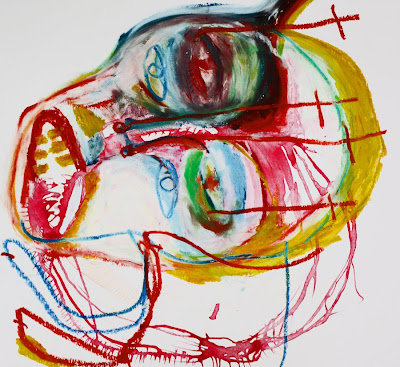 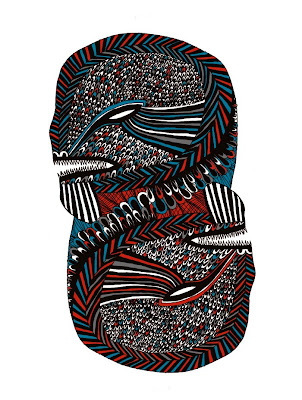 The Incas had a myth concerning lunar eclipses that is fairly common among ancient peoples. In these stories the Moon is always attacked by some force or creature that manages to swallow the darn thing, only to be defeated in the end by some big-shot hero. For the Incas, this creature was the snake or puma, and the Moon itself was a goddess known as Mama Quilla. Analogous to her solar husband Inti, Mama Quilla was portrayed as a silver disk with a human face. She ruled over calendars and the measurement of time, and kept protective watch over married women.
Posted by FEFE TALAVERA at 9:26 AM 238 comments:

FEFE TALAVERA
Sao Paulo, Madrid, Brazil
Fefe Talavera’s monster paintings are metaphors for strong and subconscious human emotions like anger, fear, dreams or desire. The colourful fantastic beasts which she connects with the “dark side” of her inner self stand for the artist’s cultural roots as well as the primary and powerful energy of her work in the streets all over the world. Born in 1979 Fefe was brought up as a native half Mexican, half Brazilian in São Paulo where she lives until today besides her second home in Madrid, Spain. Interested in all kind of “underground” movements, the typical and unique stylistic freedom of the internationally renowned Street Art and Graffiti scene of her hometown made an important impression on the artist. Her raw creative energy thus found much more correspondence in the angled, tribal-like style she developed while working in the streets, than in her studies in fine arts which she finished with a Bachelor at the FAAP in São Paulo. Showing at galleries and accepting certain rules, limits and intolerances of the art market system represent a contradiction for Fefe who is mainly interested in finding public ways to express herself and a common way of communication.